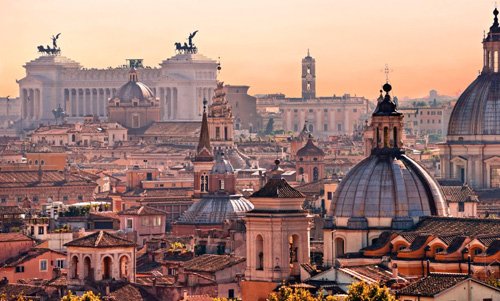 If you want to take a tour of Rome from Naples or have chosen Rome Limos as Tour service, certainly the first thing we recommend is to visit Rome, the eternal city

Italian capital, the cradle of Roman civilization and the center of what was the great Roman Empire: these are just some data that will make you decide to visit Rome.
NAPLES DRIVER GUIDE with Rome city tours from Naples or Amalfi Coast is at your disposal giving you the opportunity to take advantage of our flexibility and choose the time you want to dedicate to enjoy the Eternal City.

This city is an open-air museum: it is easy to come across continuous testimonies of the life of Roman centurions, senators and noblewomen and masterpieces of Roman architecture, of which the most striking example is the famous Colosseum.

The roads the tourist walks on today are the same as those patricians and the Roman people used to go to the Senate or the slave market or to the arena to attend the shows with gladiators and ferocious beasts, to carry out their daily occupations.

Entering the Colosseum, you cannot fail to be fascinated by the thought of how many people gathered on those terraces, how many Roman emperors decided on the life of countless gladiators and how many men died in that area, amid the screams of the crowd cheering the winners and who condemned the defeated.

Rome is this, after all: continuous immersion in the history of Ancient Rome, perceptible almost in the air, while you are intent on walking among the thousands of tourists who populate it every day, moving their gaze from the maps to the works in they come across.
But let’s talk about concrete things.

What to see in Rome?

The correct answer would be “the city”. However, if it is true that it would probably take weeks to visit Rome, it is also true that the tourist has only a few days available.
Here then it will be more useful to make a more modest list of the main things to see in Rome.

An obligatory stop and symbol of Rome is the Flavian Amphitheater, better known as the Colosseum, whose construction was ordered and strongly desired by Vespasian. Behind it, there is the Arch of Triumph of Constantine, the last of the great monuments erected in Ancient Rome and commemorating the battle of Ponte Milvio.

Another representative monument of Rome is the imposing and majestic Vittoriano or Altare Della Patria, whose structure impresses the statues representing the values ​​of the Italian homeland: Thought, Action, Sacrifice, Law, Strength, and Concordia.

Not to be forgotten is the Pantheon, which, as the Greek name suggests, is the temple erected in honor of all the Roman gods.

If you want to take on the role of the beautiful Anita Ekberg or the charming Marcello Mastroianni and project yourself into the romance of Federico Fellini’s “La Dolce Vita”, you just have to go and see the Trevi Fountain. Avoid entering, however: just throw the coin and express your desire!

Another destination that fascinates tourists from all over the world is certainly the visit to the Vatican where we will visit the imposing colonnade of St. Peter’s Square, the beautiful Vatican Museums and the Sistine Chapel, where we will visit the bright fresco by Michelangelo Buonarroti with one of his strongest works: the “Universal Judgment”.

If you have decided then, do not hesitate to contact us. Do not miss the opportunity to spend a day in Rome choosing one of our Rome tours from Naples or Amalfi Coast. SEND A REQUEST FROM HERE