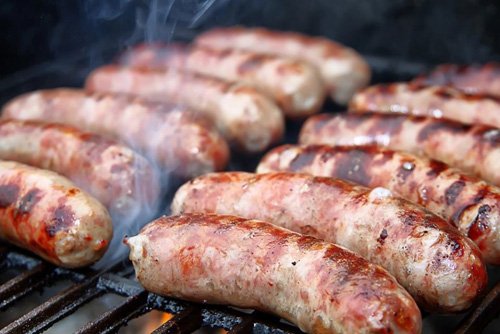 Also in this next weekend from 7 to 9 February 2020 always many festivals and parties in Campania in many beautiful places in our region.

This week in Puglianello, in the province of Benevento, A ’Fest du Puorc to remember and enhance the ancient Samnite traditions of killing the pig and then in Palma Campania one of the days dedicated to the Palmese Carnival. Then in Atripalda, the tradition of the focarone of San Sabino with various bonfires lit in the squares and also in Cimitile the Foco Loco following the local tradition. Atripalda is also known for producing the best wine from the Campania region

All festivals and parties that are nice opportunities to reach the most beautiful places in Campania and to participate in events that also offer us many culinary delights, allowing us to get to know particular places and products of our land.

Before participating, we advise you to always check for changes to the popular programs. Good weekend everyone.

From Friday 7 to Sunday 9 February 2020, A ’Fest du Puorc returns to Puglianello, in the province of Benevento. A big party wants to remember and enhance the ancient Samnite traditions and in particular that inherent in the killing of the pig which, in ancient times, was always a time of great celebration. And in Puglianello three days of celebration with stands open at 19, and on Sunday there will also be opening at 12, and many tastings of local specialties with excellent pork bred and slaughtered by local farmers. In addition to the food stalls, which will offer local products and the good pig of the area, there will always be an activity of animation and musical performances, group dances and popular music. On Sunday there will also be a period costume parade that will travel the streets of the country.

When: from Friday 7 to Sunday 9 February 2020
Where: Puglianello historical center (Benevento)
Information: A ’Fest du Puorc

The beautiful Carnevale Palmese will be held from 2 to 26 February 2020, the great carnival party that takes place in Palma Campania in the province of Naples and which every year presents the great show of the Quadriglie with many masked figures. The Quadriglie are folkloristic groups in lively costumes each composed of hundreds of figures all in masks following the theme proposed by the single quadrille, playing the instruments of the Neapolitan tradition such as triccheballacche, tamburelle, scetavajasse, putipù, acciarini, bells. Each of the Quadriglie is then accompanied by a band that plays wind instruments and percussion instruments, and directed by the Maestro Della Quadriglia. The Palmese Carnival is one of the Carnival festivals that starts first in Campania and already in the previous weeks there are many events. Saturday 8 February 2020 there will be the Rat … under the stars, with the inauguration of the Village of Quadrilles

The Foco Loco in Cimitile (NA)

Also this year in Cimitile, in the province of Naples, the traditional appointment with the “Foco Loco” will take place, which will take place on Saturday 8 February 2020, starting at 20.00, in the square of the Chiesa del Carmine, in the Rione Macello. A long-awaited appointment and a moment of meeting and sharing, where all the participants, warmed by the fucarone, an auspicious bonfire for the year that has just begun, will meet and share the event together. During the evening the winning district of the Palio dei Quartieri “Città di Cimitile” and all the prizes connected to the Palio will be awarded. During the evening there will be good food in the area with pasta and potatoes, grilled sausage, noglia in ashes, potatoes in ashes, good wine and beer. There will be plenty of popular music and typical dances.

When: February 8, 2020, from 20.00
Where the square of the Carmine Church, in the Macello district, Cimitile
Information: Il Foco Loco of Cimitile

The Focaroni of San Sabino in Atripalda (AV)

An ancient tradition that is repeated in Atripalda in the province of Avellino for the big party of Saturday evening February 8, 2020 of the focarone di San. Sabino, organized by the Pro Loco Atripaldese Association in Atripalda in Piazza di Donato. Participation to brighten the evening of the “Rota Rossa” group is expected. But in Atripalda for San Sabino there will be more. In fact, also this year, following the ancient tradition, the Municipality of Atripalda will set up the main focarone in Piazza Umberto I in devotion to San. Sabino, the patron saint and protector of the city of Atripalda. Then the San Sabino festival committee will set up another focarone in the Piazzetta di San Sabino in Capo La Torre. There will be other focaroni that will be lit in various areas of Atripalda. Other years around some of these focaroni food delivery stands have sprung up and there has been dancing to the music of spontaneous groups of musicians.

When: Saturday evening February 8, 2020
Where: Various squares in the center of Atripalda (AV)
Information: the Focaroni of San Sabino