TOUR OF HERCULANEUM AND POMPEII

TOUR OF HERCULANEUM AND POMPEII

This tour has been curated for people who want to take a deep dive into the incredible scenery left behind by the eruption of Mount Vesuvius in 79 A.D.

This private tour of Pompeii and Herculaneum offers an entire day’s journey into, and discovery of Roman History – the homes, the culture, and routines of the people who lived during those ancient times. You will truly get to know how people lived during your private tour of amazing Roman archaeology, along the Bay of Naples.

Private Mercedes vehicle; English-speaking driver (tour expert); all taxes, tolls, and fuel, and an Expert in Archaeology as your guide.

Tickets to Pompeii and Herculaneum, lunch and Archaeological guide

Skip-the-line tickets for Pompeii and Herculaneum and Archaeological guide.

Dress casually and wear comfortable shoes; you will be doing quite a bit of walking!

If you would prefer an Archaeological Tour of the Museum of Naples, we can arrange that as an alternative to Herculaneum or Pompeii. Artifacts from the excavation sites are also on exhibit there. Furthermore, we can arrange lunch on a farm at Mount Vesuvius or give you the chance to test the true Neapolitan pizza in Naples

How Your Day Unfolds :

We arrange our private tours of Herculaneum and Pompeii in accordance with our guests’ preferences, interests, and abilities. We do suggest certain things to help us beat the crowds and hot sun, such as beginning our tour with Herculaneum, so that we avoid Pompeii’s busiest tourist times.  Access to certain buildings can be unpredictable, and we take into account your wishes! This is just a suggestion of how our day may unfold.

Approaching Herculaneum is truly awe-inspiring; an entire, ancient town lays before you in an archaeological hollow that is approximately 60 feet deep.

This approach allows you to take in the whole excavation site at once; Mount Vesuvius is in the distance, which makes this an awesome chance for memorable photographs!

You’ll see at the bottom 300 skeletons buried by the eruption, and even a fossilized boat and fishing implements. Then we cross a bridge to the House of Albergo, in whose garden were planted quince trees, in keeping with the original roots that are there, fossilized. Then we’re off to the Council Hall of Augastalia, where many enchanting frescoes hang. Next, we head to the House of Amphitrite, where you will see beautiful mosaics lining the outdoor dining room – or Biclinium. This may have been a merchant’s home because besides it is a store, with shelves and containers and jugs for wine and food – hanging there still, all these centuries later!

We next go to the Bath House – it would have been used as a spa. It, too, still has mosaics hanging everywhere. This gives you a glimpse into what Roman life was like back then; they used a gym, a changing room, a hot room, and a cold tub during their daily routines. Close by is the Grand Palestra – a big outdoor gym – a wonderful public sports venue that is a “must see”! Some of it is still buried, but we can go into the cross-shaped pool. Visiting this will make you feel like a true archaeologist!

Then we will tour some private homes. One of them is – astoundingly – virtually intact! You will see statues and mosaics and frescoes – all preserved like they were long ago.

Then we will stop for a light lunch. Or if you prefer, you can take a longer pause for lunch at a vineyard on Mount Vesuvius, if you fancy something more elegant. Please ask us to help with suggestions, or we3 can handle reservations, whichever you prefer.

Once you’ve arrived in Pompeii and met your guide, you’ll begin your journey exploring Roman history. Please note that the site covers approximately 160 acres. We curate each trip to the tastes and preferences of our guests. That means, to a large extent, we plan the day and activities according to the interests and physical capabilities of our guests.

In Pompeii, first, you’ll see the city’s ancient walls, which date back to the 4th century B.C. The gates are called Porta Marina, and one path in the city is solely for people. Before entering, we’ll explore the Suburban Bath House, an ancient site that was just recently excavated and is therefore very well-preserved.

When we arrive in town, you’ll walk on basal stone, made of volcanic rock that left imprints of tiny, white flecks. This material was used because it shone in the darkness, back when torches were used and were the only guiding light in the evening. Today, we call this substance “cat’s eye.” Pompeii didn’t have a sewer system because it was built on top of lava. You will marvel at the large stones in the path, put there so people had somewhere elevated to step when it rained.

The city center is called the Forum because it has several buildings used for different purposes. The religion building houses the Temple of Apollo, the Capitolium and the Temple of the Emperor.  There was also a textile market; a fish and meat market; a currency exchange, public scales for weighing large items like the goods farmers brought, and much more. It is in the Forum that you will see the famous display of human casts.

Nearby are the Public Bathhouses, where anyone could stop in for a daily wash. Men and women were in separate quarters, but all were allowed in – rich and poor, free and enslaved. Pompeii had three complexes like these, and they all included a changing room (Apoditerium), a tepid room (Tepidarium), a hot room and a gym. Several buildings have massive vases built into the front masonry counter – these are what we call taverns, or pubs, today!

These enormous jugs were teeming with food and drink, and many Romans would stop in around mid-day for lunch and something to drink.

At mid-tour, it’s important to stop for a refreshing drink at one of the many street vendors, or browse the souvenir shops and pick up a memento for somebody back home.

On our way back, if you like we can stop in for a tour of one of the cameo factories along the way. This is an ancient craft in Italy, in which craftsmen carve semi-precious tones and corals. Just ask!

We curate our tours to our guests’ tastes and preferences. This is a suggestion of how our day may unfold; of course, we plan it according to your interests and abilities.

The duration of Tour is flexible, relaxing at lunch time is your right, and decide to visit Pompeii first, or start with Herculaneum. The following is just an example :

Meet the driver in Naples and move to Herculaneum

Move to the Restaurant or farm for the lunch

Arrive to the farm

Move to your accomodation 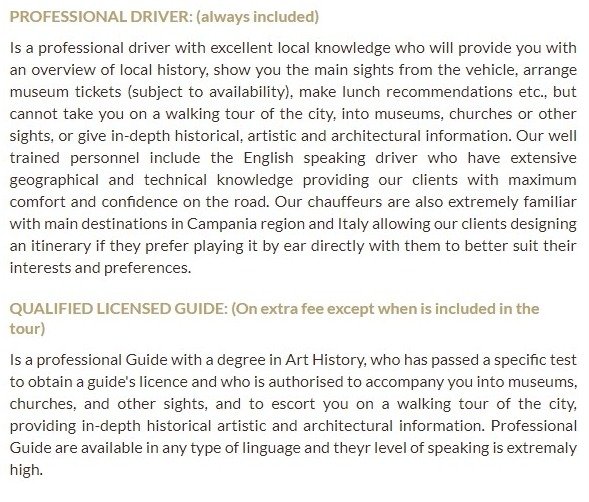 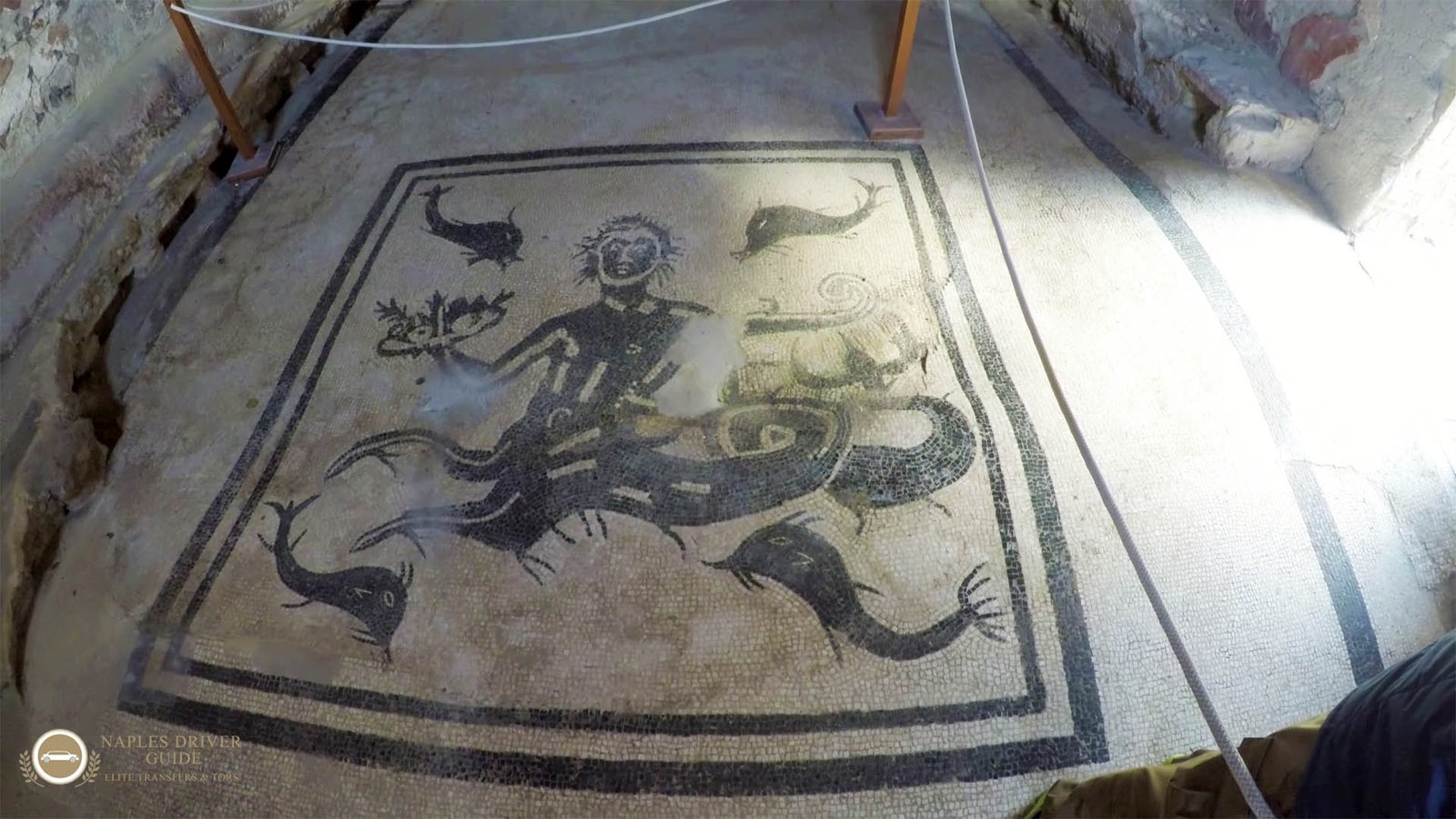 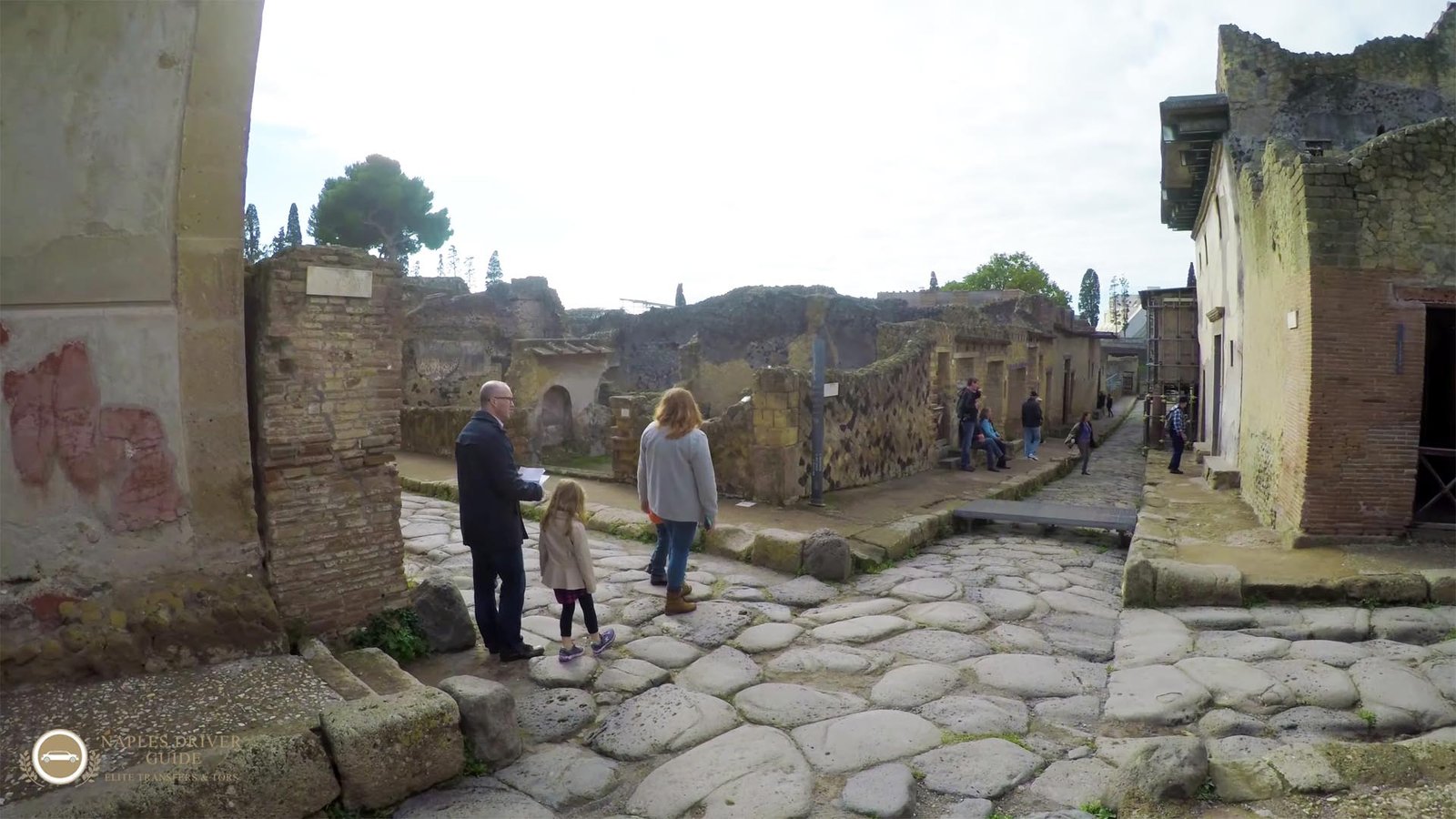 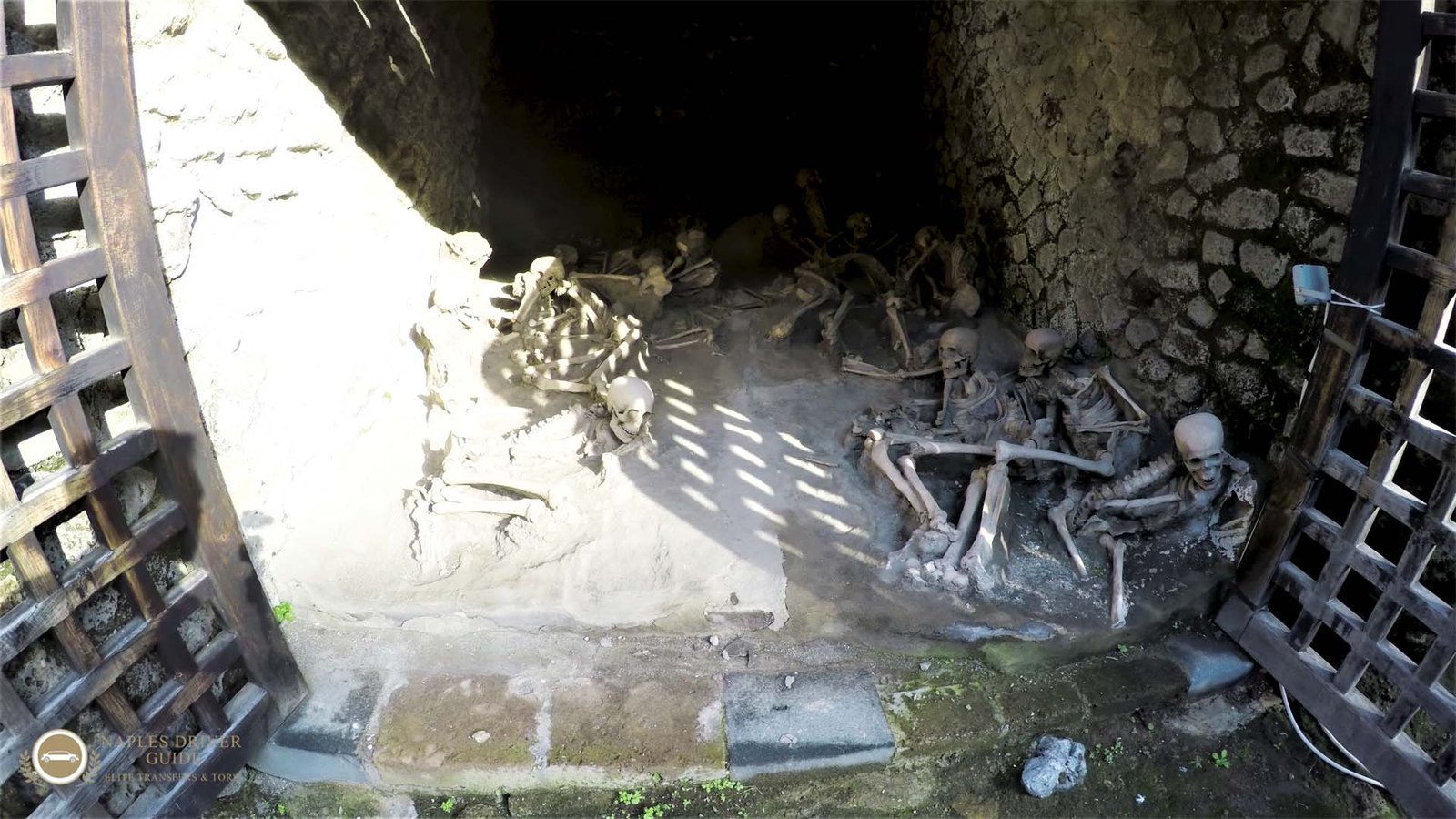 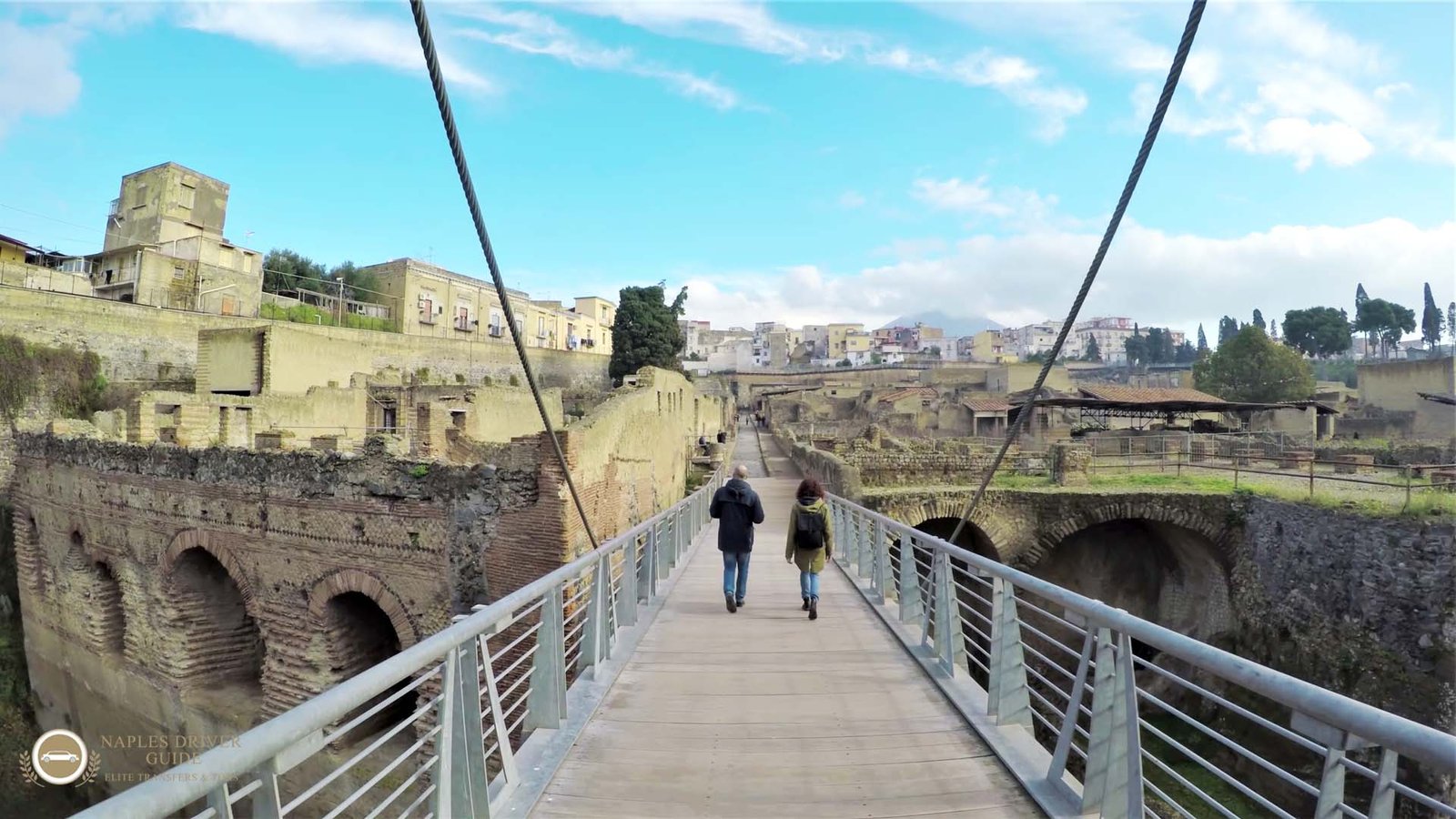 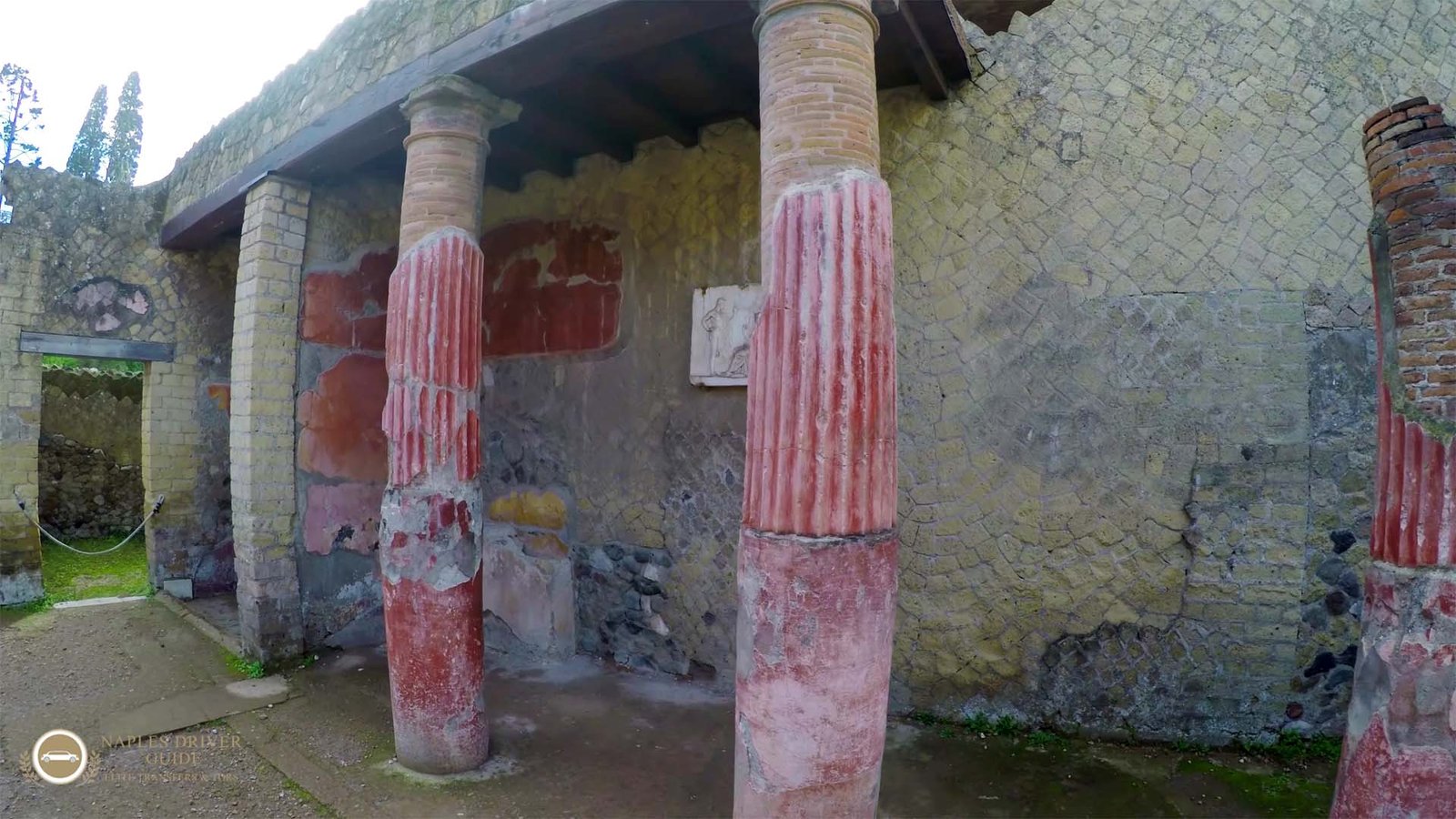 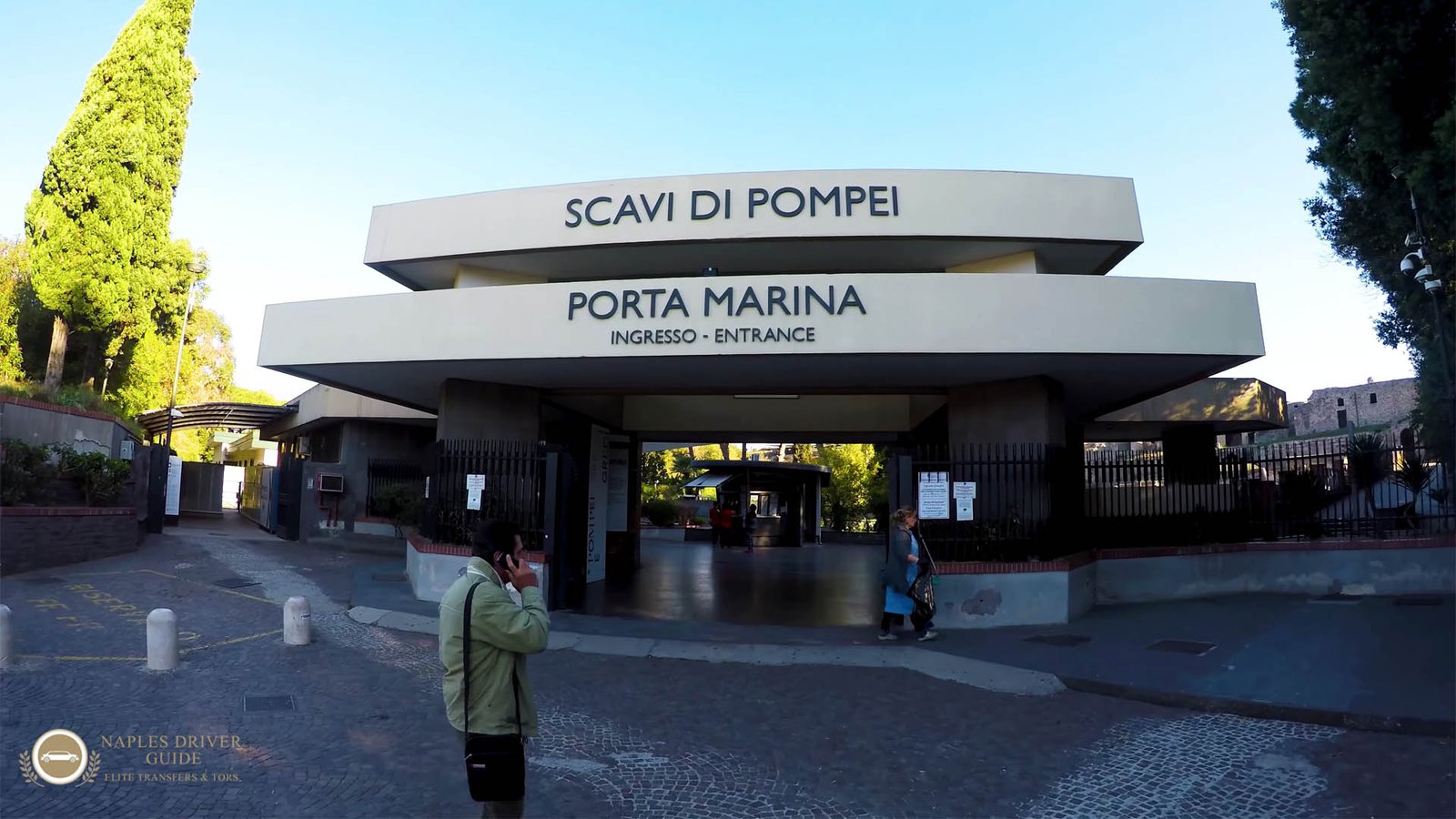 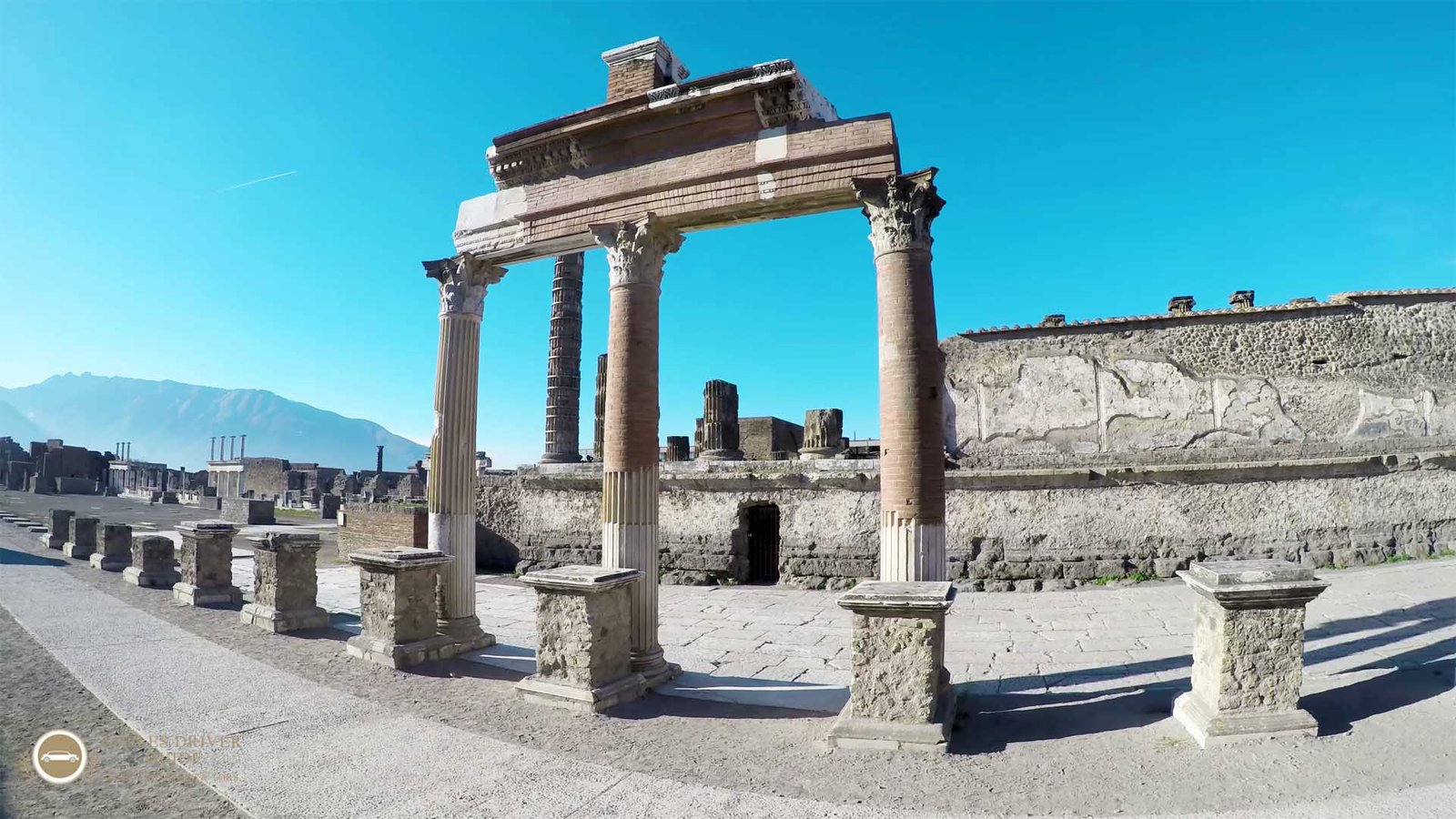 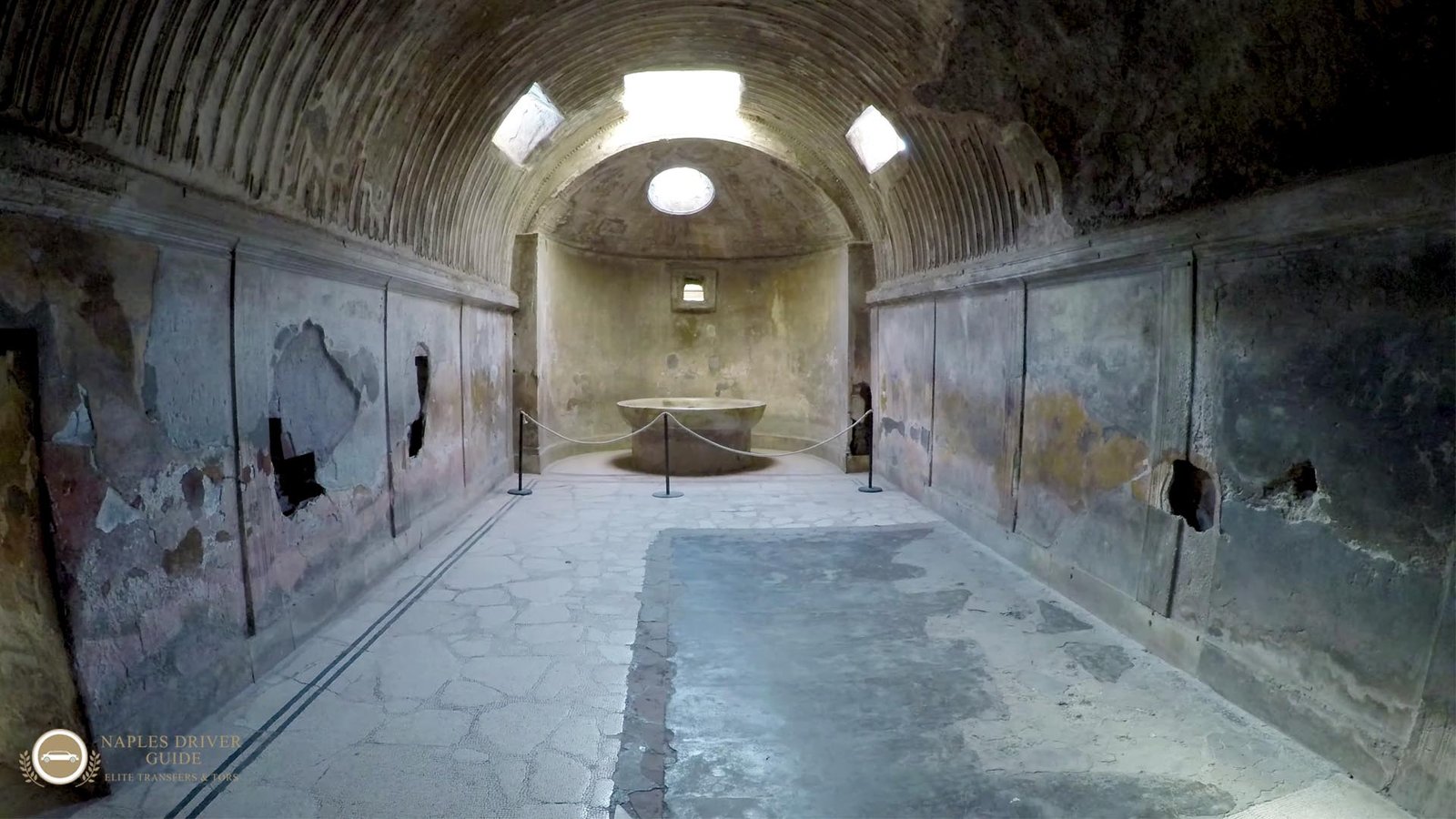